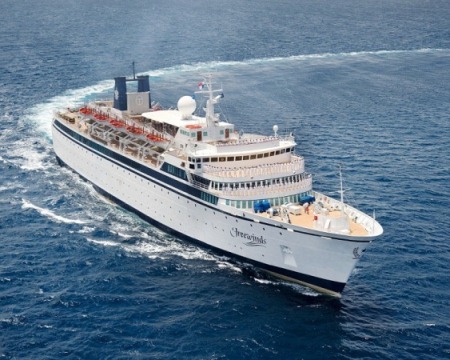 The Sea Organization is a group of followers who pledge a “billion-year commitment.” They dedicate their lives to Scientology by living on a ship named the Freewinds, based in the Caribbean (see picture above). It is here that they teach how to be an OT VIII, the highest level of Scientology. Sea Org members may marry one another, but are not permitted to marry outside the organization. Also, having chilidren is frowned upon. Women are pressured into having abortions. If a couple does decide to have a child, they must leave the Sea Org for at least six years to raise the child, before they are allowed to come back.

Similar to other cults, a member may be excommunicated if they start to disagree with too many things in Scientology. The ex-member is then labeled as a “Potential Trouble Source” or PTS. All of the person’s loved ones must stay away from them if they want to remain in the church. Mike Rinder, former Executive Director in the Office of Special Affairs, left the church of Scientology after nearly 50 years. His wife and children stayed in the church, and refuse to have any contact with him.

Another troubling program Scientology has is the “Rehabilitation Project Force.” This is for Sea Org members who have become unproductive and strayed from the church’s codes. Chuck Beatty, a former Sea Org member, spent seven years in the RPF facilities in Southern California from 1996 to 2003. He had to endure hard physical labor and was accused of being “disloyal.” “My idea was to go to the RPF for six or eight months and then rough out,” says Beatty. “I thought that was the honorable things to do.” Chuck was given a “partner,” who was responsible for making sure he didn’t escape. “It’s a prison system,” he says explaining that he was watched 24/7. There are many more stories similar to this, but I will refrain from talking about them to protect the those individuals.

Scientology is basically a cult that prays on people’s lack of knowledge and takes their money. Once a person has devoted significant time to it, it becomes very hard to leave because so many relationships are at stake. They will make you feel like you are betraying them. It is even worse for kids who have grown up around Scientology, such as in Clearwater. They don’t know any other life, and thus it is very hard for them to leave it.

Matthew 7:15-16 - Beware of false prophets, who come to you in sheeps clothing but inwardly are ravenous wolves. You will recognize them by their fruits. Are grapes gathered from thornbushes, or figs from thistles? (ESV)

The Bible warns us of false prophets just like Scientology. Scientology claims to have the answers, but their story does not check out. Many former members can testify to this. For further reading on this, try Inside Scientology by Janet Reitman , Going Clear by Lawrence Wright, and The Church of Fear by John Sweeney.

< Previous Page of Scientology            Return to Christian Apologetics >
[?]Subscribe To This Site