This belief also states that God created the universe 14 billion years ago, but used evolution as an intentional tool to produce humans as part of a grandmaster plan. They believe that God intervenes regularly to guide humanity. This view originated from a 1989 biology textbook titled Of Pandas and People, which started a trend in future textbooks of replacing “creationism” with “intelligent design.” In 1994, Stephen Meyer established the Center for Science and Culture in Seattle, Washington, which promotes this theory in public schools. The main issue here is that this view assumes the Bible is false, which a very major assumption. They have found over 6,500 ancient manuscripts in 3 separate continents written by 40 authors over a period of 1600 years. Other books such as the Quran were written in 1 continent, by 1 author, in 1 year. See Biblical Canon for more details. 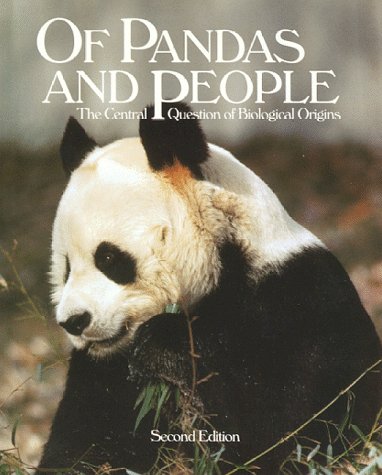 If you want to look at the actual genetics of creation vs. evolution, things get rather complicated. First of all, here are some definitions:

Microevolution – a change in alleles within a species due to mutation, selection, gene flow, and genetic drift

Christians often try to disprove evolution by agreeing with microevolution, but not with macroevolution. This is a false statement. Scientists hardly use these terms because they are essentially the same thing and here is why. Within the last 10,000 years, there is evidence of microevolution, macroevolution, and increased information content. Scientists have proved that there are species that have major changes in appearance, but can still breed. There have also been species that have had so many microevolution changes that they are no longer capable of breeding, which is macroevolution. Therefore, “evolution” by today’s definition exists. However, this is different than the theories mentioned above in which “evolution” explains when and how the universe was created.

Atheist – no God, life had no cause

Agnostic – life had a cause, but does not want to call that cause “God”

Deist – God created life, believes in Deistic Evolution or Intelligent Design, rejects the existence of Jesus Christ and the majority of the Bible

Christian – God created life, accepts Jesus Christ and the Bible, may have one of the four creation views mentioned in this article

I hope this summary of creation and evolutionary views has opened your mind. I have often found that many Christians tend to be too dogmatic, conservative, and strict in their thinking. They tend to be ignorant of the validity of all of these views. It is also important not to be too liberal with these views, otherwise you fall into the trap of uniformitarianism and naturalism as I discussed. The Time-Relative Creationism theory is the most middle of the road, and the one I tend to adhere to, although it has its flaws as well.