The Pharisee and the Tax Collector

Another example of tithing in the Bible is told in a parable by Jesus:

Luke 18:10-14 – Two men went up into the temple to pray, one a Pharisee and the other a tax collector. The Pharisee, standing by himself, prayed thus: God, I thank you that I am not like other men, extortioners, unjust, adulterers, or even like this tax collector. I fast twice a week; I give tithes of all that I get. But the tax collector, standing far off, would not even lift up his eyes to heaven, but beat his breast, saying, God, by merciful to me, a sinner! I tell you, this man went down to his house justified, rather than the other. For everyone who exalts himself will be humbled, but the one who humbles himself will be exalted. (ESV) 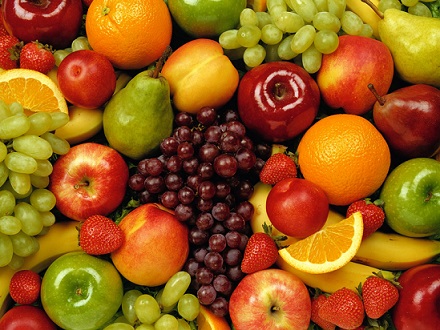 Another concept churches use to encourage tithes is the first fruits. They argue that giving the “first fruits” is referring to first 10% of your gross income. Remember that Jacob gave his LAST 10% of his income as a tithe in Genesis. This concept comes from these verses:

Leviticus 19:23-24 – When you come into the land and plant any kind of tree of for food, then you shall regard its fruit as forbidden. Three years it shall be forbidden to you; it must not be eaten. And in the fourth year all its fruit shall be holy, an offering of praise to the Lord. But in the fifth year you may eat of its fruit, to increase its yield for you: I am the Lord your God. (ESV)

Proverbs 3:9 – Honour the Lord with thy substance, and with the firstfruits of all thine increase: (KJV)

There are several problems with this interpretation. First of all, the passage in Leviticus is mainly to teach people how to farm. The land during this time was very untouched. This means that not farming the fruit for the first three years would result in more productive fruit trees a decade later. Although God does ask for the fruit from the 4th year, this was only for a brief period, because the land was special at the time. How can this be applied 2,000 years later to gross income of modern jobs? Just because “fruit” was valued back then doesn’t mean that the church can collect money.

What are the first fruits really referring to? God is being very clever with this term. He uses it throughout the Bible in different contexts. However, there is a clear connected theme. It is actually referring to an elite group of people who honor God. I wrote about the details of this group on my article on the Overcomers.

Let us review all of the arguments we have discussed. The normal social tithe in Bible times was 10% of your agriculture or produce paid to ONLY Levities as a government tax. It was NOT the first 10%, and only paid if you were doing well financially. The purpose of tithing was to prevent economic inequality, not to help the church. After Jesus’ death and resurrection, the New Covenant is valid, making tithing no longer applicable. Malachi 3 is referring to giving your heart to God, not money. This can be confirmed with the parable of the Pharisee and the tax collector in Luke 18. The “first fruits” are referring to the overcomers, which is again, not money. Also, the Catholic church confirms that they “reinvented” tithing in the 6th century because they needed money. It was never Biblical to begin with, and is therefore not Biblical today.